Children Involved in Bullying May Have More Psychiatric Issues in Adulthood

Children Involved in Bullying May Have More Psychiatric Issues in Adulthood 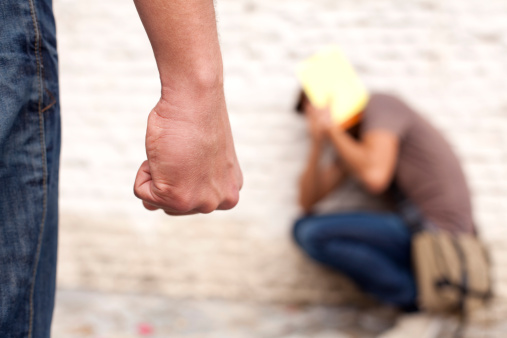 A study from the Duke University Medical Center found, after the review of more than 20 years of data from a group of 1,270 participants, has found that children involved in bullying are more likely to develop a number of psychiatric disorders as they grow into adulthood. The study, which is called the most definitive and extensive to date, indicates that not only does the target of bullying suffer long term effects, but so do the bullies. This contradicts the common perception that the effects of bullying are short term and that children grow out of them as they mature.

The study began with a group of 1,420 children selected from 11 counties in western North Carolina with ages of 9, 11, and 13. The data began in 1993 and the children and their caregivers were interviewed annually until the youths reached the age of 16, with periodic interviews after. Of the initial group of 1,420, 1,270 were followed into adulthood. The structure of the study allowed for the isolation of factors that might influence the results such as poverty and unstable home life.

Of this group, 421 child or adolescent participants reported being the target of bullying on at least one occasion. This represents 26 percent of the total population, and was approximately even between the boys and girls. Nearly 200 of the participants admitted to bullying others, while 86 were both bullies and the victims of bullying.

Researchers found that those who had suffered bullying as children were more likely to develop depression, anxiety disorders, generalized anxiety, panic disorders and agoraphobia. Those who were both the victims of bullying and bullies themselves had the highest levels of suicidal thoughts, depressive disorders, generalized anxiety and panic disorder. Heightened risk of antisocial personality disorder was present in the population of bullies.

The research indicates that the effects of bullying can be long lasting, and unilateral. Both the bully and the victim can suffer long term harm from the act of bullying. As such, it is increasingly clear that care must be taken to reduce the occurrence of bullying in our children’s lives.