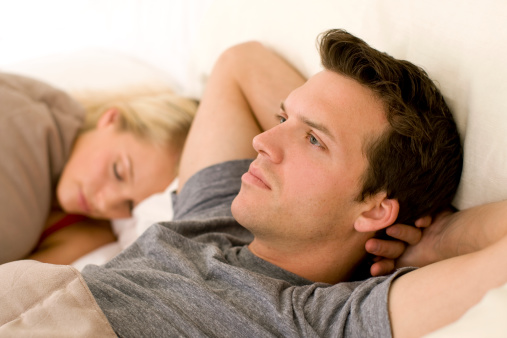 Researchers at the Boston University School of Medicine recently published in the Journal of Neuroscience findings that may one day lead to new, more effective behavioral and pharmacological therapies for the treatment of anxiety disorders. The research is centered on a group of cells activated during rapid eye movement (REM) sleep and is central in the regulation of emotional memory processing.

REM sleep is when dreaming occurs, as well as other physiological phenomena such as fluctuations in heart and respiration rate and body temperature. Persistent disturbances of the sleep cycle, particularly REM sleep, are common symptoms of the onset of anxiety disorders. It is during REM sleep that the brain produces a unique type of brain wave, the phasic pontine wave (P-wave), which are caused by the activity of a group of cells contained within the area of the brainstem called the pons.

The study focused on recipients of exposure therapy. This form of therapy, which involves carefully controlled re-exposure to the original fearful experience, is considered one of the most effective treatments of anxiety disorders. The results of exposure therapy are, however, inconsistent. While in one case the treatment may be wholly effective, in another it may produce no results at all. The study found that in the 57 percent of participants for whom the therapy was successful the level of phasic P-wave activity increased tremendously. In the remaining 43 percent that increase in activity was absent. This data indicates the vital part the brainstem plays in regulating emotional memories.

The researchers have called for future studies on methods to activate this mechanism to better improve the effectiveness of treatments such as exposure therapy and allow for more consistent results in the future.

Rebecca Ginder specializes in both anxiety disorders and sleep disorders or insomnia.  If you or someone you love needs help, call Rebecca today at 561-450-5255.